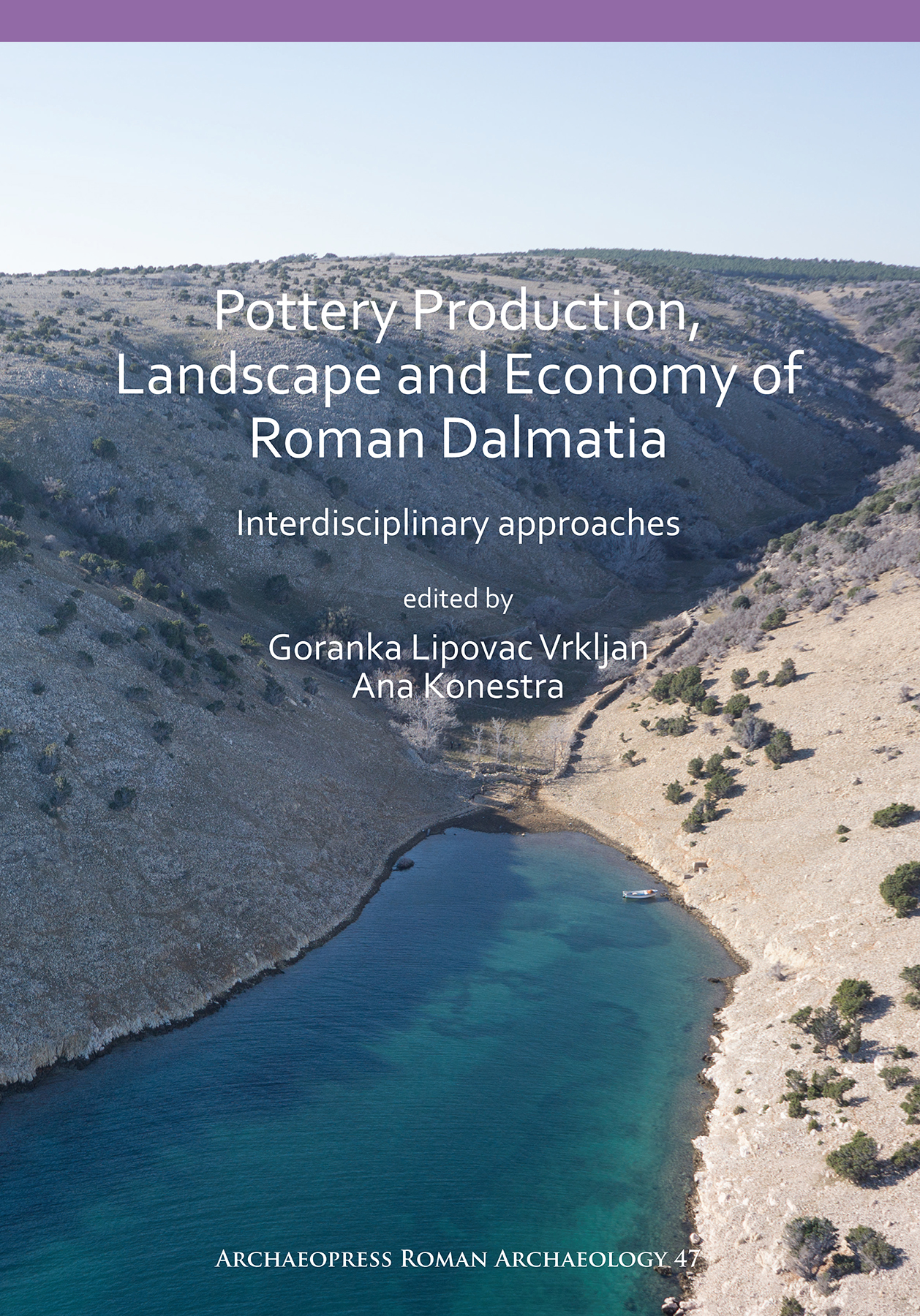 This book presents interdisciplinary research carried out on the Roman sites of pottery workshops active within the coastal area of the province of Dalmatia as well as on material recovered during the excavations.

Pottery Production, Landscape and Economy of Roman Dalmatia: Interdisciplinary approaches' offers results of work undertaken as part of the RED project - Roman Economy in Dalmatia: production, distribution and demand in the light of pottery workshops (IP-11-2013-3973). It presents interdisciplinary research carried out on the Roman sites of pottery workshops active within the coastal area of the province of Dalmatia as well as on material recovered during the excavations. The presentation revolves around three thematic units: workshops and their products together with their role in the local provincial economy, location of workshops within the landscape, and archaeometric research which connects the two. These combined approaches contribute to the study of ceramic production in the area whereas new methodological approaches to the subject allow for the placement of pottery workshops in the broader context of Roman economy and landscape and natural resources of the eastern Adriatic.

Preface – by Goranka Lipovac Vrkljan and Ana Konestra; Eastern Adriatic Hellenistic and Roman pottery and ceramics production sites – by Goranka Lipovac Vrkljan, Ana Konestra and Marina Ugarković; The amphorae of the western Adriatic: an update – by Marie-Brigitte Carre and Stefania Pesavento Mattioli; Approaching the Roman economy of Province Dalmatia through pottery production – the Liburnia case study – by Goranka Lipovac Vrkljan and Ana Konestra; Overview of the capacity of pottery vessels from the workshop of Sextus Metillius Maximus (Crikvenica) – by Ivana Ožanić Roguljić; Numismatic finds from the area of the workshop of Sextus Metillius Maximus in Crikvenica – by Mato Ilkić; New finds of Crikvenica 1-type amphorae in the area of southern Liburnia – by Igor Borzić, Martina Čelhar, Gregory Zaro and Vedrana Glavaš; Crikvenica amphorae from Canale Anfora: first evidence of Liburnian wine at Aquileia – by Paola Maggi; Geoarchaeology of pottery workshop sites in Roman Dalmatia – by Fabian Welc; Harbour installations in the context of the pottery workshop in Plemići Bay – by Mate Parica and Mato Ilkić; Anthracology and wood analysis from the pottery workshop sites of Crikvenica – Igralište and Plemići Bay: first results of genus identification – by Ernest Goršić; Animal exploitation at the Roman site of Crikvenica – Igralište – by Kazimir Miculinić; The role of archaeometry in the study of production and dispersal of Hellenistic pottery in Dalmatia, with new evidence on the chemistry of grey-ware tableware – by Marina Ugarković and Branimir Šegvić; Archaeometric characterisation of pottery and ceramics from Dalmatian Roman pottery workshops and possible clay raw material by multivariate statistical analysis – by Tea Zubin Ferri; Mineralogical analyses of Roman pottery from Dalmatian workshops and potential clays sources – by Anita Grizelj; RED Spatial Database – by Nera Šegvić