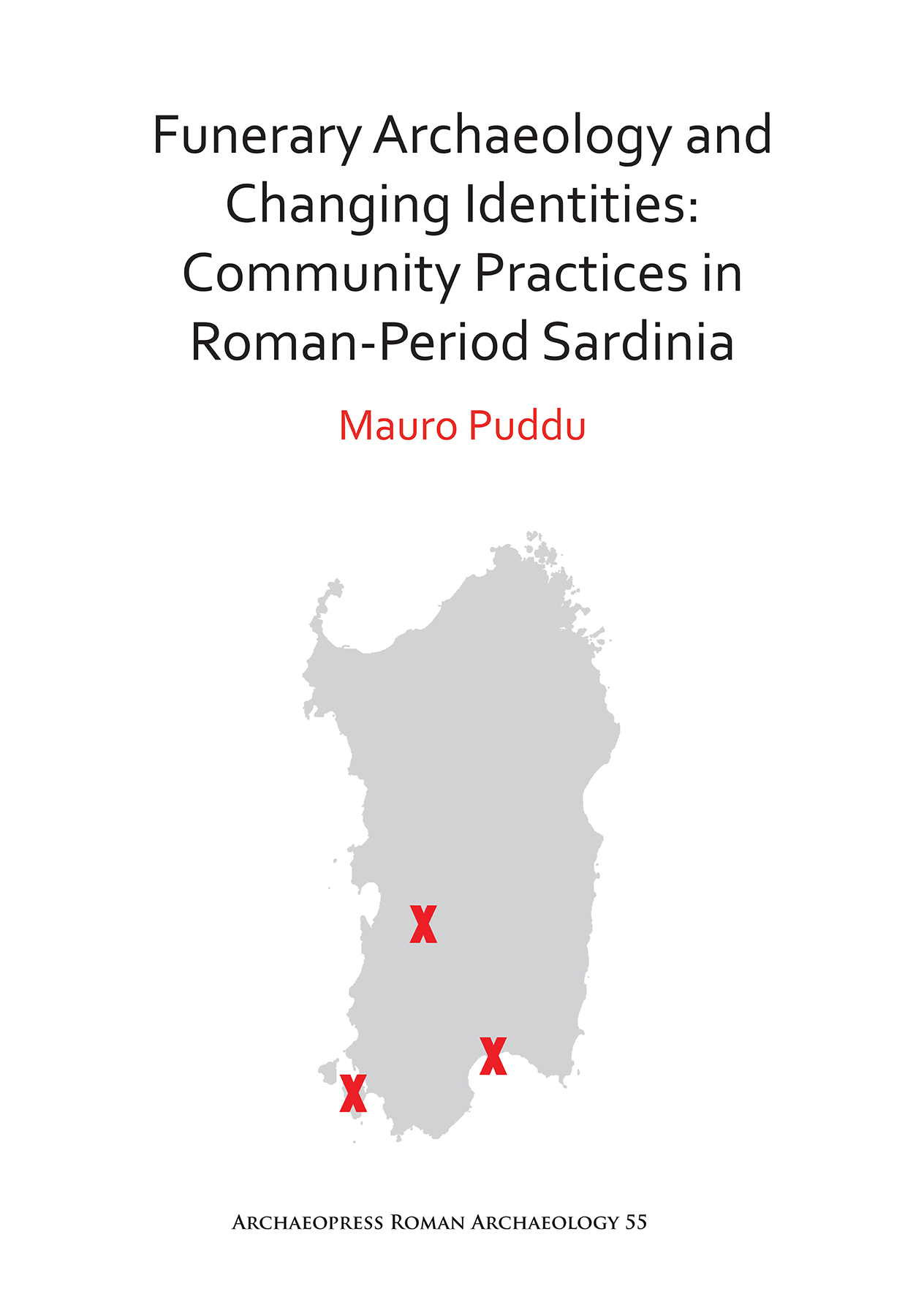 This book analyses in detail the funerary evidence from burial sites in southern and central Sardinia, proposing an alternative interpretation of the island and of other Roman Provinces in which local communities played an active and creative role in shaping back the Roman-world within the specific material and historical conditions they lived in.

Funerary Archaeology and Changing Identities: Community Practices in Roman-Period Sardinia examines three inter-woven research questions. The first one concerns a theoretical issue of how identities can be inferred from archaeology; the second asks what were the material relationships between communities of Sardinia and the Roman world’s power and culture when based on the burial evidence on the ground; third question asked was how can the interpretive frameworks of today’s world and symbolic structures affect our understanding of the past. These questions are approached through the detailed analysis of the funerary evidence from mostly unpublished burial sites from southern and central Sardinia that can become a key to an alternative interpretation of the island and of other Roman Provinces. The questions are answered throughout the book by drawing on social studies, particularly post-colonial approaches to the history of the past, interpretive frameworks on the Roman world, and semiotic theories. By in-depth look at the archaeological evidence from Sardinia’s burials, the book retrieves the active and creative role played by the local communities in shaping of the Roman world within the specific material and historical conditions they lived in.

Mauro Puddu has spent most of his years as an archaeologist researching Sardinia. After studying at the Università degli Studi di Cagliari for his BA in Cultural Heritage and his first Masters in Classical Archaeology, he decided to broaden his research horizons taking a second Masters at University College, London, in theoretical Archaeology. During his PhD research at the University of Cambridge, Faculty of Classics he applied the knowledge acquired in Italy and the United Kingdom to study the funerary practices of Roman-period Sardinia. In a decade of research, the author has taken part in numerous successful archaeological projects, among which were the excavation of ‘La Sella del Diavolo’, Cagliari, run by the Soprintendenza archeologica di Cagliari; the Al-Mafjar Project in Jericho, Palestine, run by Birzeit University and the Khalili Research Centre, University of Oxford; and the Interamna Lirenas Project, run by the University of Cambridge. In recent years, during research on future projects and publications, Mauro has been working around London and Cambridge on a vast number of projects, which included the excavation of the Westminster School next to Westminster Abbey.

'By incorporating a robust theoretical framework, the author joins others […] in rejecting the now-outdated conception of “Romanized” cities along Sardinia's coast versus a “native” rural hinterland… The author is at his strongest when dealing with theory.' —Allison L.C. Emmerson, American Journal of Archaeology, September 2020